Summarize the information by selecting and reporting the main features, and make comparisons where relevant 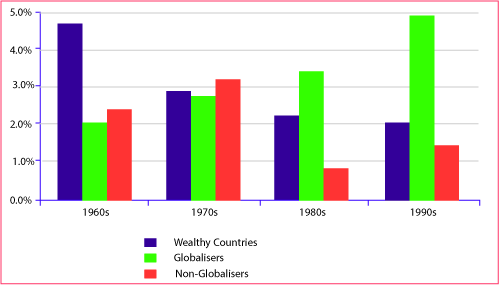 Sample Answer:
The given bar graph presents information about the average annual domestic product (GDP) growth in wealthy, globaliser and non-globaliser countries for a period of 40 years commencing from 160. As is presented in the given illustration, wealthy nations had far better GDP in 1960 but in later decades the growth of GDP was far better in globaliser countries.