The chart below gives information about the ageing population worldwide in 2000 and makes predictions of 2050.

Percentage of population aged 60 and over 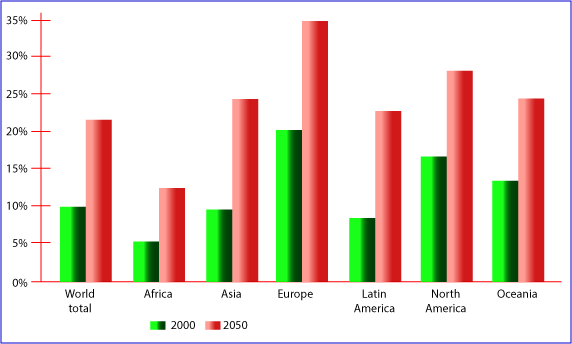