The graph and chart below give information about 3D cinema screens and film releases. 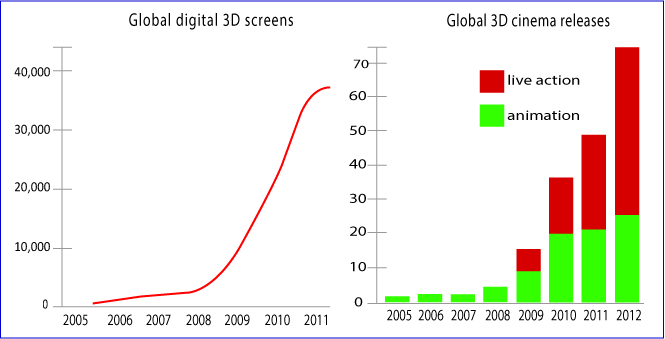 The given diagrams present information about the global 3D cinema releases from 2005 to 2012. The line graph gives data on the digital 3D screens worldwide while the bar graph compares the 3D cinema releases globally in 2 genre- live action and animation.